Laser therapy was approved by the FDA in 2003 for use in the USA.

Laser therapy had been well researched, accepted and routine in Europe for 30 years prior to the FDA’s approval. It is used primarily for musculoskeletal and cutaneous problems but research has found many other conditions that respond to this amazing technology including things like myocardial infarction, MRSA, and a host of other diseases. Laser therapy is not nearly as widespread in the US as it is in other countries. However, there are doctors all over the United States that have invested in a Therapeutic Laser due to the success it has shown.
There are two fundamental therapeutic lasers: Class III and Class IV. Class III lasers range from 30Mw to 500Mw. 500Mw is ½ of 1 watt. Class IV lasers have power greater than 500Mw, most of which are 10 watts, but can be much higher in wattage. A Class IV laser has much deeper penetration into the tissues and it is necessary to have sufficient penetration to pass through the chest wall into the lungs. Therefore, a Class IV laser should be used for the treatment of IPF. A Class IV laser generally will reach 4 ½ inches into the tissue at 10 watts.
More laser information may be found on Dr. Hall’s website: summit-chiropractic.com To learn more as a layman, click the Laser Therapy tab. The tab Doctor’s Corner is more geared for educating doctors and includes the photo-chemical changes that occur with laser treatment. 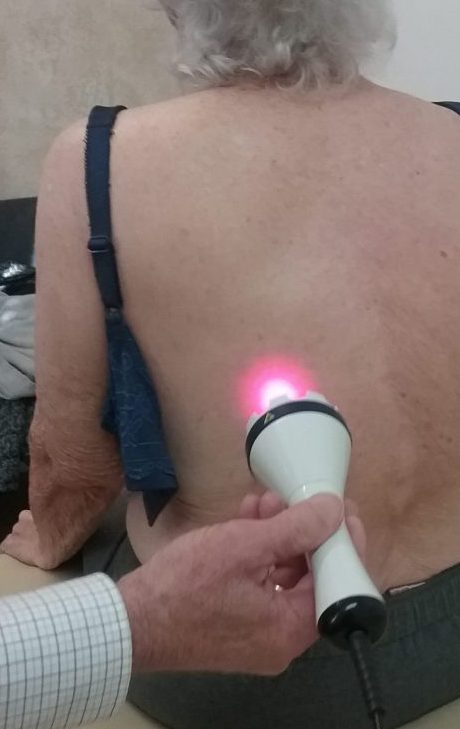 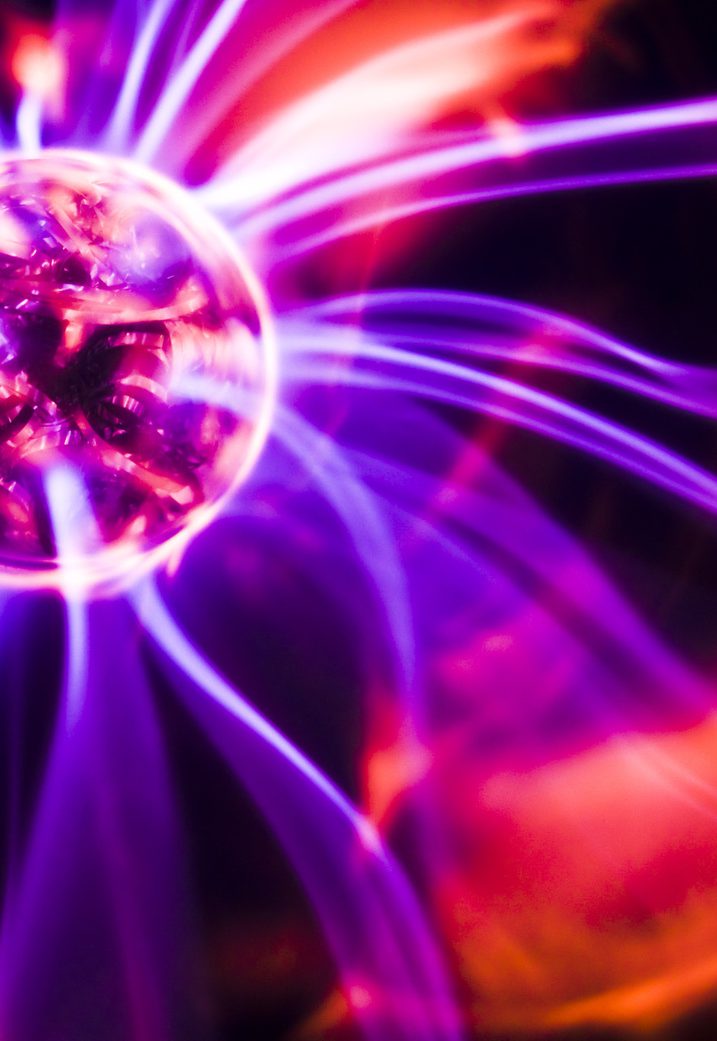 There are many photochemical processes that take place with a therapeutic laser. It is universally accepted that a laser reduces inflammation. It does that by reducing the Interleukin 1 that starts and maintains the inflammatory process, and also by increasing the SOD levels (superoxide dismutase) that essentially ‘puts out’ the inflammation. There are a number of other processes taking place including increasing the ATP (adenosine triphosphate) that the cells utilize for energy and for healing themselves.

Laser therapy appears to help accommodate and improve the transfer of oxygen from the lungs to the blood in IPF patients due to neovascularization (new vessel formation) and increased Nitric Oxide production providing vasodilation and oxygenation. Increased macrophage activity takes place (phagocytosis), that may help eliminate Mycoplasm and fungus that may be present causing fibrous tissue. It is proven that laser stabilizes the cellular membranes.

Laser therapy is painless and has no known side effects.

Dr. Hall uses a dose of 5400 Joules for IPF. The laser is set on 10 watts, continuous wave, and the patient is treated 5 minutes on the front of the chest and 5 minutes on the back lasering the intercostal spaces (between the ribs). Laser treatment is performed three times per week for the first month, twice weekly for the second month, then weekly thereafter. Patients using this dose have all responded to the laser, but a ‘perfect’ dose has yet to be established. 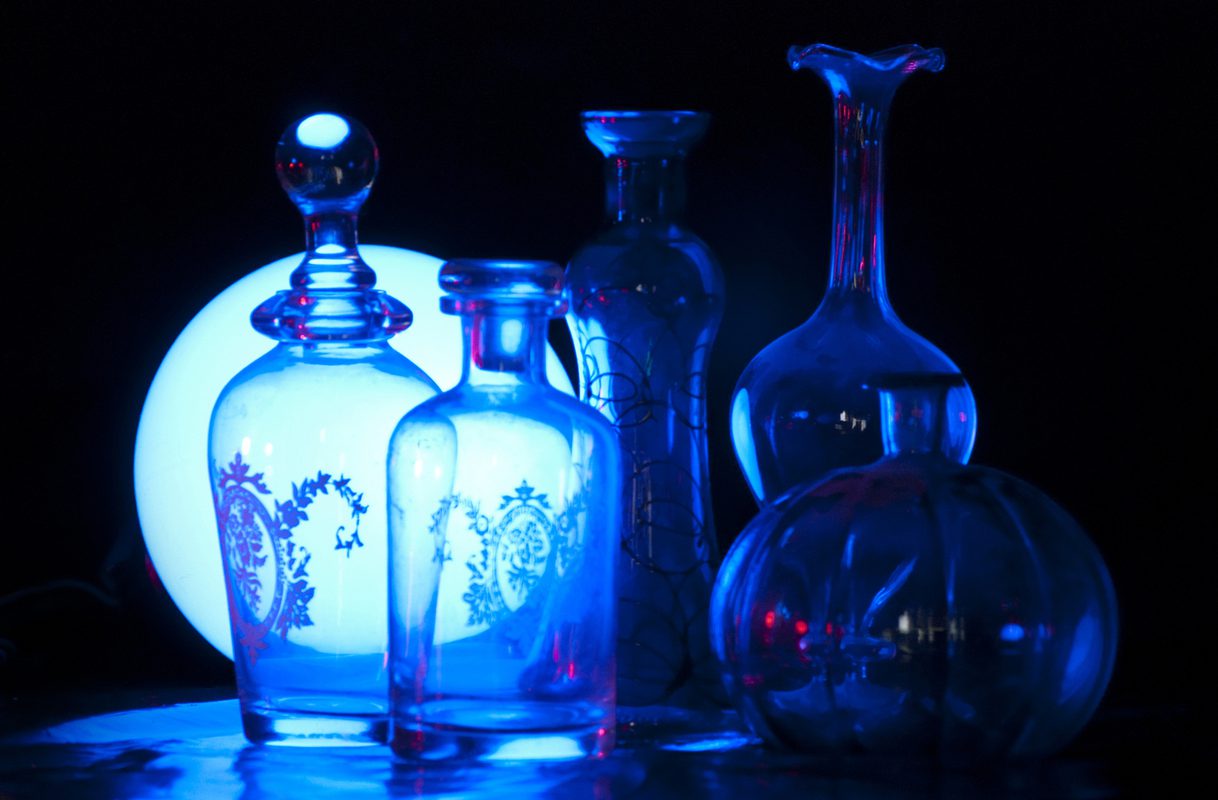 There are now thousands of therapeutic laser providers around the United States.

Summus Laser is an ideal laser for IPF. A practitioner can be located by going to ‘find a provider' on the Summus Laser website.

As mentioned before, all IPF patients utilizing laser therapy have responded in at least one way or another. One of the most common things we hear are the comments from the treating Pulmonologist, and that is “wow, this condition never improves,” and they are all shocked at the positive changes.

What we can’t do is promise that it will help everyone in the future, but the anecdotal evidence is very positive. We don’t want to give ANYONE false hope. But at least now there is hope for a lot of people, and that is you may have improvement and laser therapy may just keep your IPF from getting worse. Laser therapy may be ‘the great’ discovery for treatment of IPF. Only studies like this will tell us for sure. We encourage you to seek laser therapy if you are diagnosed with IPF. 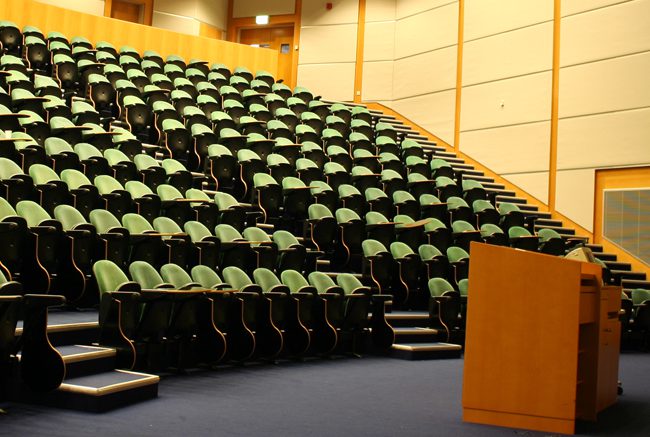 To be a part of this study, please contact us.